Once upon a time, there was a young boy named Malcolm. Malcolm Landgraab.

He was the son of a detective named Geoffrey, who changed his surname to his wife’s when they got married. Malcolm’s mother, Nancy Landgraab’s family were old money. Nancy always got anything and everything she wanted growing up, and absolutely nothing changed as an adult.

Nancy was an infamous criminal. She started off as a highly successful businesswoman, but later grew tired of it and wanted to do something more exciting with her life – maybe even dangerous. So, she chose a life of crime. Nancy was everything to Geoffrey, so he covered up all of her crimes and ensured she never got caught. Eventually, Geoffrey and Nancy took over all of Oasis Springs and nobody dared getting in their way.

Malcolm, being the sole heir to the Landgraab fortune, would grow up to take over the throne and start his own family, preferably with a beautiful young woman with long locks of golden hair and eyes of sapphire blue or emerald green. He wanted none of it, though. He wanted the fame and fortune, just not the responsibility that comes with it. He also was a decent person who didn’t want to be another dirty politician with a closet full of skeletons. As a child, Malcolm loved watching the famous comedian, Johnny Best, on TV after school. That was after all his afterschool activities and having done his homework, with strict supervision from both his parents. He had a very busy schedule, being who he was.

He idolized Johnny Best, wanting to be just like him. So when he turned 17, he told his parents he wants to be a famous comedian after school.

“Actually, Mother, I am dead serious. I want to start a career as a stand-up comedian,” Malcolm replied.

“I will not have my son behaving like a complete buffoon!” Nancy shouted. “You’ll continue the Landgraab legacy and I will hear no more talk of this “stand-up comedian” nonsense!”

Malcolm didn’t seem to have a choice in the matter. He abandoned the idea and went on with his week as usual.

Until the following Monday.

“Malcolm, why are you still in your sleepwear?” Nancy asked that morning. “You should’ve been dressed by now.” “Mother, I’m quitting school,” Malcolm announced. “I’m also going forward with my career as a comedian. I’ve had enough of being told what I should and shouldn’t do. I’m making my own decisions from this point forward.”

“Then you’re out!” Nancy shouted. “Get out of this house right now and never set a foot here again! You’re dead to both me and your father!” Geoffrey objected to this at first, but after Nancy threatened to leave him, he reluctantly agreed.

So Malcolm left and bought a cheap trailer home with the last money he had in his bank account. He changed his name to Johnny Zest, after his idol, Johnny Best, who recently died from Hysteria. He also dyed his hair and got a new wardrobe.

Of course, the Landgraab line had to continue, so the Landgraabs used one of Johnny’s hairs to try and clone him. However, the cloning backfired and they ended up having the most despicable creature to have ever existed as their new son. They pretended that the clone was the original Malcolm and nobody batted an eyelid – mostly out of fear for a family this powerful, but also because they really looked alike.

Johnny started to perform at the local lounge and everyone absolutely adored the waggish young man. He became incredibly famous and eventually, even wealthier than the Landgraabs.

He then moved to Del Sol Valley and fell in love with a Simstagram star who frequently came to his shows and swooned over it online. Her name was Penny Pizzazz and she was originally from San Myshuno. 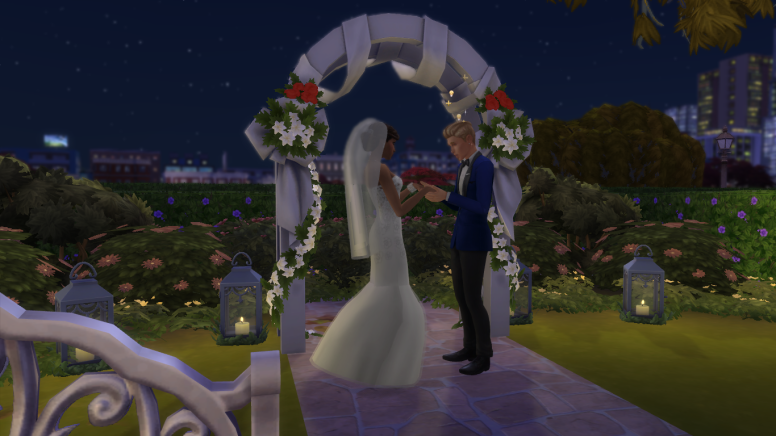 They got married there and Penny moved in with Johnny. Several months later, Penny gave birth to their first child – a daughter named Zera, which means “new beginnings”.

Together, they started the Zest legacy.

Author’s Notes:  Thanks for reading! I have decided to participate in the Monthly SimLit Short Story Challenge this month, organized by LisaBee, EA Game Changer for The Sims 4 and fellow SimLit writer. This month, we had to pick one of these “funny” words and use it in a humourous story:

I kindly invite you to please read all the stories entered for this challenge at the end of the month and vote for your top three choices in both categories (Novice and Veteran), meaning you will have a total of six votes. Any vote that doesn’t contain three votes in each category will be thrown out, so please vote for three Novice stories and three Veteran stories!